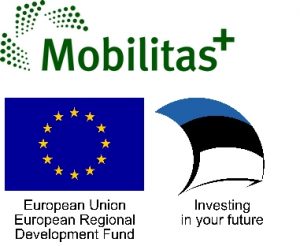 Estonian Research Council awards Mobilitas Plus ERA-NET grants based on the Decree No.1.1-2/15/481 of the Minister of Education and Research of 30 December 2015. The Decree lays down the conditions for the provision of grants  under the ‘Internationalisation of research and support for mobility and the next generation’ or Mobilitas Pluss programme. The programme supports Estonian research institutions’ participation in transnational research and development projects that have been successful in ERA-NET calls not co-funded by the European Commission.

The budget for Mobilitas Pluss is 35 373 770 euros, 83.5% of which is covered by the European Regional Development Fund.

The programme aims to:

What do we support?

We support the participation of final beneficiaries in the ERA-NET projects, which are not financed by the European Commission, and reimburse expenses required for project implementation.

What is the objective of the ERA-NET support?

The objective of the support is to increase the opportunities for Estonian R&D institutions and businesses to participate in ERA-NET projects.

What is the amount of the support?

What are the requirements for applicants?

Final beneficiaries can be Estonian R&D institutions, universities or companies. The requirements for ERA-NET projects specify that the ERA-NET that organises calls for proposals has to be included in the participation plan of international R&D partnerships (approved as an annex to the operational programme of the RDI Strategy), which specifies important initiatives for Estonia and in which the state undertakes to support the projects that are declared successful in evaluation.

The application form will be drawn up by the ERA-NET that organises the call for proposals and the ERC participates as a financial contributor. The specific requirements for applications and applicants will be announced upon opening of the call for proposals. The final beneficiary must notify the ERC of other simultaneous applications, if any, submitted for funding the project(s) or any parts thereof specified in the application from other measures or other state budget, European or foreign aid funds.

When can the support be applied for?