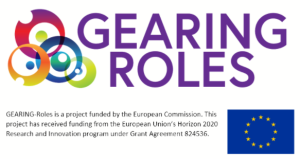 Estonian Research Council together with nine partners from seven European countries started a four-year Coordination and Support Action project GEARING-Roles from the 1st of January 2019 (runs till 31.12.2022). The main goal of the project is to launch gender equality plans (GEPs)  at six partnering institutions.

Gender equality plan gives ground for actions aiming at promoting and developing gender equality within partnering institutions as well as impacts its stakeholders’ community. The methodology used troughout the GEARING-Roles project is based on the GEAR tool (Gender Equality in Academia and Research) previously developed by European Institute for Gender Equality (EIGE). According to the GEAR methodology, the plan is not a static document consisting of several objectives, but is a system of actions that obliges performing activities in a gradual manner involving continuous evaluation of previous steps and present context (its principles are define, plan, act and check!). As there is no similar experience and while also considering the novelty of creating gender equality plans in Estonian context, participation in this project supported by the co-operation between project-partners offers a great opportunity to maximize the project outcomes. With its participation in this project, Estonian Research Council also hopes to encourage Estonian research institutions and research policy makers to pay more attention to gender equality issues and further draw up similar plans. Right now Estonian Research Council has received positive feedback to its participation and possible collaboration consents from four public universities and one private research organisation. 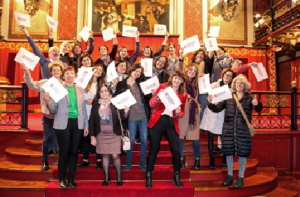 The project is based on assumption that gender inequality results from attitudes, beliefs and previously established practices that have created stereotypical roles in organisations (incl. research institutions) for both genders. Therefore, the main goal of the project is to achieve structural change in the partnering GEP implementing organisations (in their internal policies, organisational culture). For that, it is necessary to learn to better notice the gender inequality and discrimination, understand and value the benefits gender equality brings, encourage women choosing researcher career and support their career advancements, increase the proportion of women in decision making and giving greater consideration to women’s needs in decisions, but also include gender aspects in curricula as well as in research methodologies.

Read and see more about GEARING-Roles annual conference that was organized by Estonian Research Council in Tartu.

See also the project’s blog, and the posts published by the Estonian Research Council:

This website uses cookies to improve your experience while you navigate through the website. Out of these, the cookies that are categorized as necessary are stored on your browser as they are essential for the working of basic functionalities of the website. We also use third-party cookies that help us analyze and understand how you use this website. These cookies will be stored in your browser only with your consent. You also have the option to opt-out of these cookies. But opting out of some of these cookies may affect your browsing experience.
Necessary Always Enabled
Necessary cookies are absolutely essential for the website to function properly. This category only includes cookies that ensures basic functionalities and security features of the website. These cookies do not store any personal information.
Non-necessary
Any cookies that may not be particularly necessary for the website to function and is used specifically to collect user personal data via analytics, ads, other embedded contents are termed as non-necessary cookies. It is mandatory to procure user consent prior to running these cookies on your website.
SAVE & ACCEPT